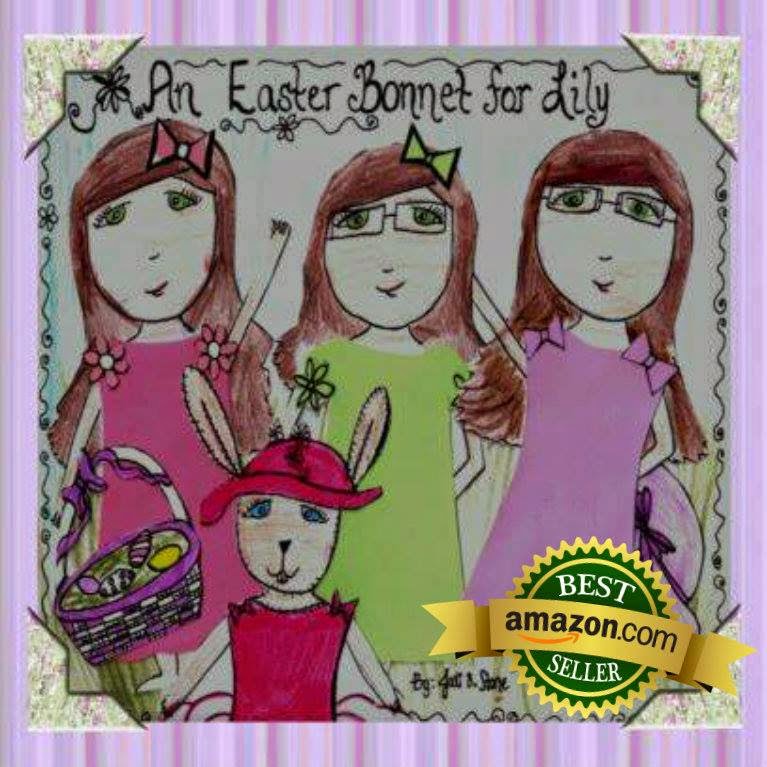 Jodi Stone...Children's Book Author and Illustrator
has one of our favorites with,
An Easter Bonnett for Lily!

Easter Bunny in training, Lily, has lost her way.
She is cute and feisty, and everyone in the town of Tulip adores her.
While most bunnies are planning for Easter, Lily cannot see past her ears.
On the other side of town, three little girls are preparing for the big day as well.
One little girl in particular, Savannah, is not as excited as she usually is.
While her sisters are painting eggs and preparing for the big egg hunt,
Savannah is concerned that her attire is not as fancy as it should be.
Join Lily and Savannah as they both learn that Easter is not just
about looking perfect, but more about family and friendship.
Travel on this journey and discover the magic.

Buy Today...
An Easter Bonnet For Lily on Amazon

Kidtales recommends this read
with a high 5 stars!

You can connect with Jodi Stone, Author and Illustrator at the links below! 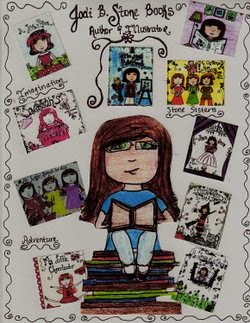 Jodi is published with Solstice Publishing,
as well as Anchor Group Publishing. 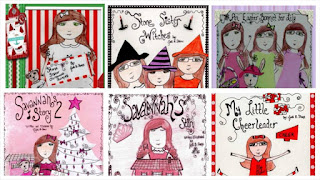 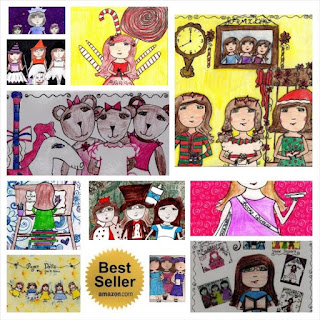 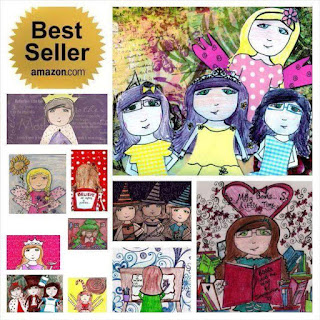 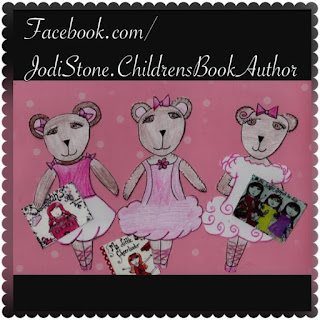 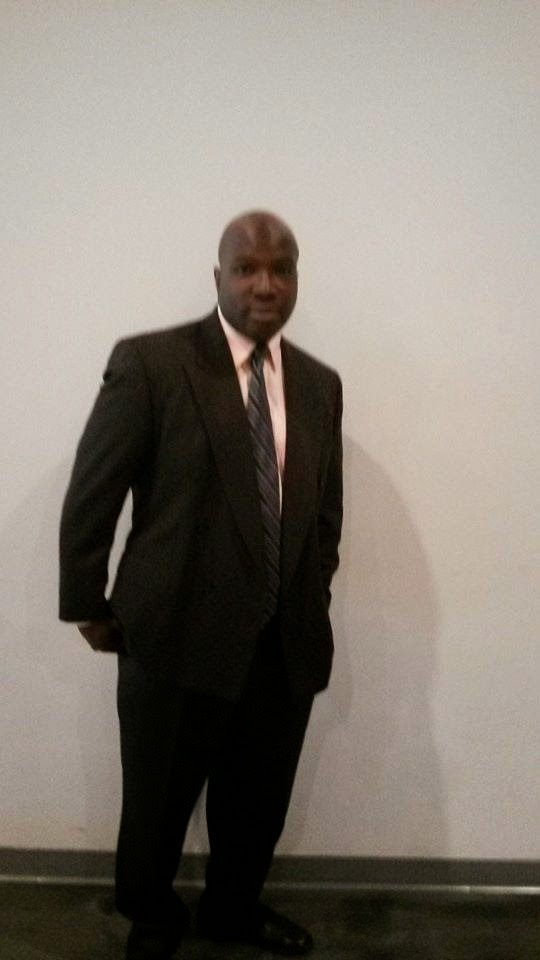 Enjoy our interview and getting to know James.
And then check out the buy links, and links to connect!
ENJOY!! 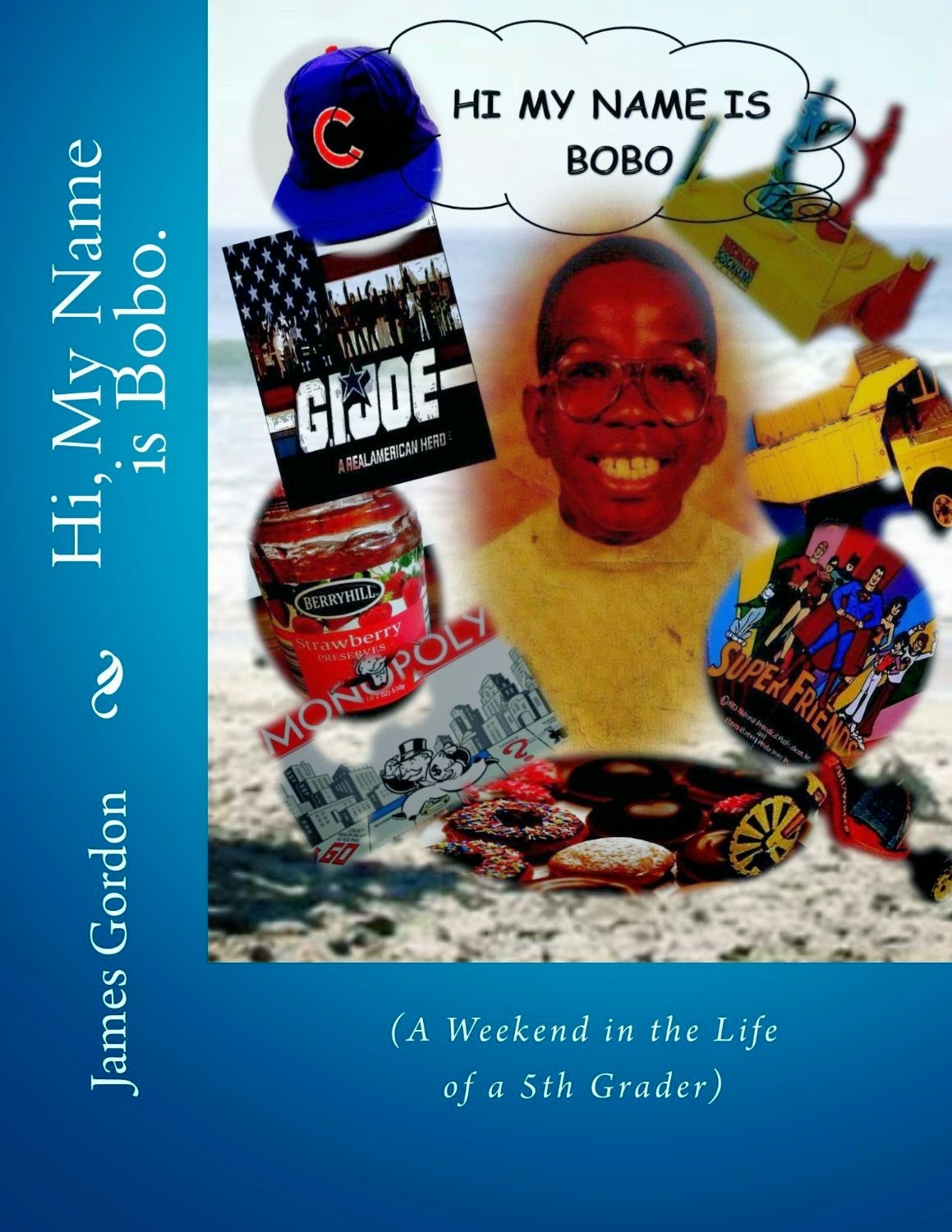 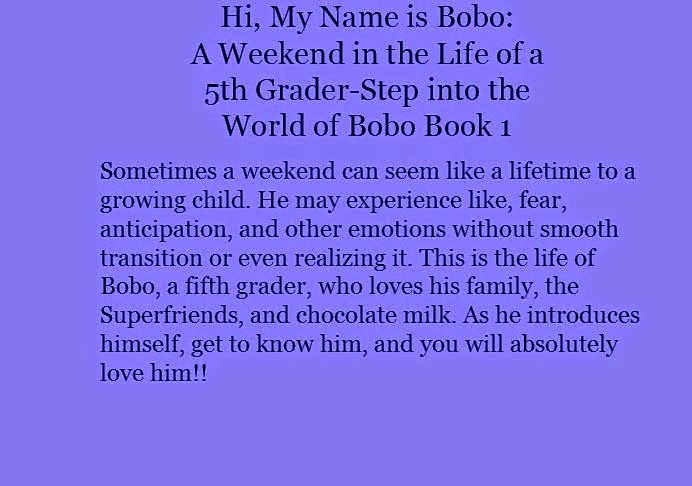 Hi James, thanks for joining us today! Ready for a grilling?
Here we go!

Where did you get your inspiration for writing?
Life experiences are the best subject matter.

What do you see in your future of writing?
Having Bobo be a household name as well as the author behind him

What genres do you hope to explore more of?
Children’s Fiction and Hi My Name is Bobo is a step in the right direction.

Are your characters based on anyone?
Bobo is based on my life

How did you publish your books? Do you recommend others do this?
I went through Amazon/CreateaSpace
If you do not have a traditional author behind you I do.

Tell us a little about you...

A) Did you always want to write?
Have been writing since I was in grade school

B) Do you have a family?
Yes and a close one
(Mother Brother Daughter and Scooter the Beagle)

C) Do you work besides being an author?
Yes I am a performer as well.

E) Do you have pets?
Scooter the Beagle is my sibling.

F) What is the most embarrassing thing you have done/participated in?
----When I was teaching, I slipped from the desk and fell.

G) What is something humbling you have done and learned from?
The roar of the crowd from my last performance
at the Cavalcade of Authors is something I’ve never heard before.

H) Where do you see yourself in 10 years?
Being recognized as the greatest poet of our time
Silly fun:
1) You just won a million dollars- what do you do first?
Purchase a Porsche Pananmera

2) You won a trip around the world, but you pick the destinations,
where are you visiting and why?
London, France Dubai, Japan, and Maine.
I’ve chosen these destinations because I have never been,
and these might be destinations to provide
experiences to facilitate my writing.

3) Its Halloween...people can find you dressed as?
Batman the Dark Knight

4) Morning person or night person?
Both. Afternoons aren't my thing.

6) Authors have multiple personalities...
what are some of yours, and how do they behave?
------ James is modest while G.P.A. is a tad arrogant.

7) Describe yourself using these letters

10) What is something unique about you? I don’t sleep much.

11) A genie granted you 3 wishes...what are they?
Good and improved health and wealth for my entire family,
right the wrongs I have done in my life, and to meet my true love

12) What is your favorite quote in life?
Whether you like it, don’t like it sit down and
look at it because it is the best thing going today. "Ric Flair"
If you could tell your childhood self some advice for the future-
what would that be?
Be more courageous. Do not run.
Strive to be the best because it’s in you.

If you had to give advice to children out there wanting to
become an author, aspiring to get their books published...
what would that be?
Practice. Read. Practice. Read. Travel. Read.

What is your Favorite book?
Knight Fall (The Tale of the Battle between Batman and Bane)

2) If you have to give a recommended classics reading list to teens...
what would it contain?
Catcher in the Rye , Invisible Man, Batman comics,
Cyrano De Bergerac, and anything by Nathaniel Hawthorne

3) What are your go-to children's books to share with families?
Hi MY Name is Bobo, Judy Blume  Harry Potter

You can buy James book at:

Hi My Name is Bobo

You can connect with James at: 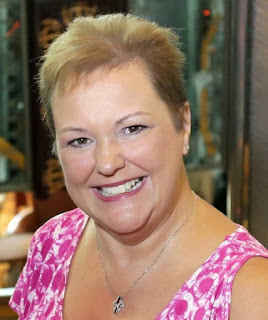 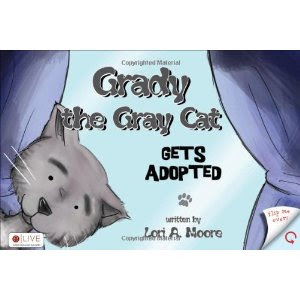 Grady is a little gray cat. Grady's fur is gray; that's why
his mommy named him that. He isn't too skinny,
and he isn't too fat. And he lives in a home with two other cats.
Grady the Gray Cat is spunky, playful, and sweet.
Join him as he finds love, acceptance, and fun with his new family.
Grady the Grey Cat 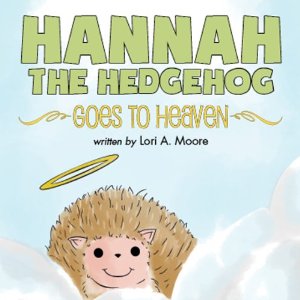 Hannah the Hedgehog Goes to Heaven and Lily Loses Her Best Friend
is a children's book to help little ones deal with the grief that comes
from losing a family pet. Hannah the Hedgehog is Lily's best friend.
But Hannah hasn't been feeling well lately. Lily has to accept that it
may be time for Hannah to die, but she's grateful for the time she
got to spend with Hannah. Hannah was sad to leave her friend, but
looking down from heaven, she knows Lily will be okay too!

Hannah the Hedgehog goes to Heaven

Esma Race was born and raised in the small Cheshire village of Weaverham. She has a great love for the natural world, and has always been able to sense the nature spirits which feature in her stories. She is very interested in natural healing, and is a practising reflexologist in the North of England, where she lives with Geoff, her husband of 45 years. She is a mother, grandmother and great-grandmother and enjoys reading, walking, travelling, gardening, and English history. 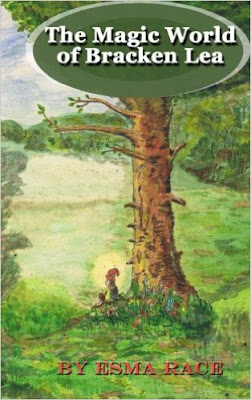 Glodwyn the Gnome is a bit of a rebel.
His job is to watch over the ancient woodland,
but his good-natured interest in the human world seen
through the eyes of his unknowing "friend", Walter the Stacker Truck Driver
at the local factory, leads him to interfere in their affairs, with interesting
results for all concerned. With his help, the Fairy Folk rescue a little boy
from drowning, save the life of an injured cat and later that of a confused
old lady who collapses in the Wood. A series of illustrated short stories for children.

Victoria was born in Scarborough, Ontario, Canada,
to an Austrian immigrant mother, and a Dutch immigrant father.
She now resides in Western Washington. Besides being an author,
Victoria is also an elementary school art teacher. Victoria enjoys writing,
reading, painting watercolors, hiking and good movies.
Victoria is the author of The Warble and The Shard.Blog: victoriasimcox.blogspot.comFace Book: http://tinyurl.com/3wl6gjsTwitter:http://twitter.com/#!/VictoriaSimcox

Dwarfs, gnomes, fairies, talking animals, and an evil queen – all these and more can be found in The Warble, an enchanting tale of adventure and friendship. Twelve-year-old Kristina Kingsly feels like the most unpopular girl in her school. The kids all tease her, and she never seems to fit in. But when Kristina receives an unusual Christmas gift, she suddenly finds herself transported to the land of Bernovem, home of dwarfs, gnomes, fairies, talking animals, and the evil Queen Sentiz. In Bernovem, Kristina not only fits in, she’s honored as “the chosen one” the only one who can release the land from Queen Sentiz’s control. But it’s not as simple as it seems. To save Bernovem, she must place the gift she was given, the famous “Warble” in its final resting place. And she must travel through the deep forest, climb a treacherous mountain, and risk capture by the queen’s “zelbocks” before she reaches her destination. Guided by her new fairy friends, Clover and Looper and by Prince Werrien, a teenage boy, as well as an assortment of other characters, Kristina sets off on a perilous journey that not only tests her strength but her heart.

Kristina's stay at summer horse camp is horrible to say the least, and it's all because Hester and Davina are there as well, making her life miserable. When Hester's cruel prank goes terribly wrong, it's actually what sends the three girls back to the magical land of Bernovem. In Bernovem, Kristina is very excited to see her former friend, Prince Werrien. When he invites her to sail with him on his ship to his homeland Tezerel, putting it simply, Kristina can't refuse.
Reunited with her gnome, dwarf, animal, fairy friends ... and best of all, Werrien, things seem like they couldn't get any better for Kristina. But when Werrien becomes fascinated with an unusual seeing stone, the ''Black Shard'', Kristina is haunted by a ghostlike old hag. Struggling against suspicion, guilt, illness, and ultimately the one who wants to possess her soul, Kristina will see it's in her weakest moment that she will encounter more strength than she has ever known. 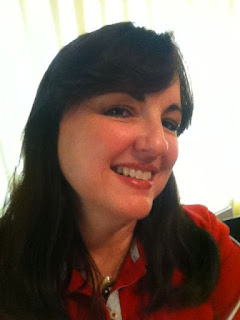 PJ's inspirations are hiking, photography and environmental consciousness. PJ loves to write and is developing her second career as an author.

Although PJ's childhood was dysfunctional, she has broken the domestic violence cycle with her happy marriage of thirty-three years, which is still going strong. Her succinct book, After "I Do!" A Marriage Map, is filled with points of wisdom and anecdotes from her marriage.

Point of View is an anthology of short stories. Discover the identity of DB Cooper, how couture and chocolate bring the end of the world, the connection between John Wilkes Booth and Lee Harvey Oswald, the hidden reason for Titanic's loss, and more.

The Prairie Princess is a short story where a father tells his daughter how he and his wife met. The story won the November 2013 flash fiction contest at www.WritersType.com 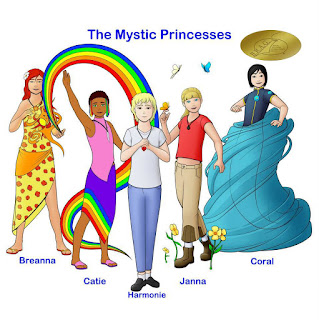 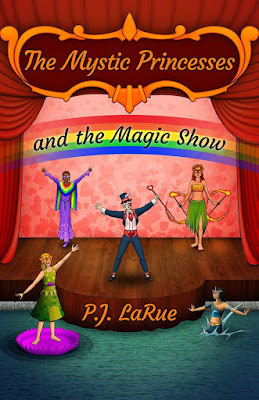 The Mystic Princesses and the Magic Show 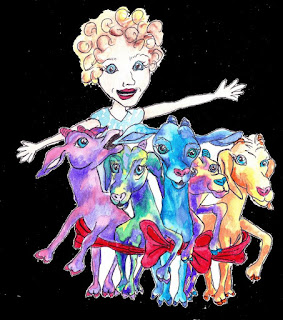 And her best selling children's book-
No More Animals. 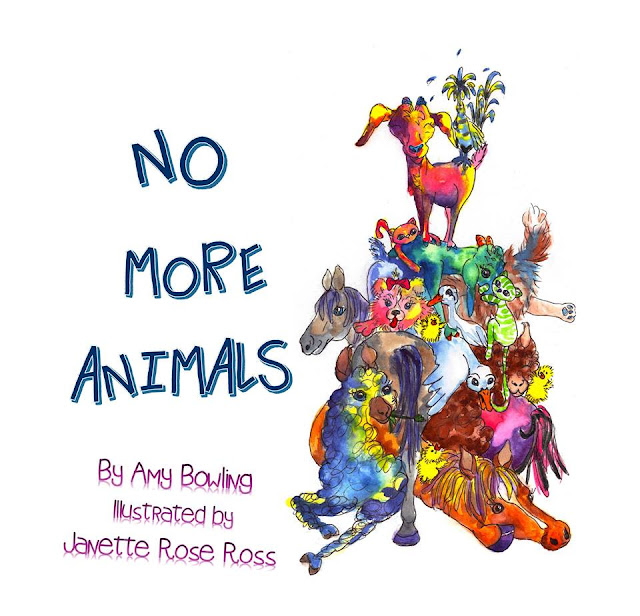 Dad and his family move to a farm with their dog and cats and chaos follows. A hilarious adventure, of page after page of singsong rhymes. The family starts out with four animals when they moved from the city to a twenty acre farm. Within the first few weeks of living there they bought two goats. This is quickly followed by more dogs, ducks and more even more goats. Dad, never knowing what new creature he would find when he gets home, started getting a little grumpy about all of these new mouths to feed and telling his wife and daughter "no more animals". However his wife and daughter thought they needed to fill up the farm. The dogs, ducks and goats were only the beginning. Soon to be added were llamas, horses, and chickens. Every time they brought home a new animal, Dad would say, "No More Animals". Every time they would listen for a day or sometimes two before they would bring home more. The more animals they got, the more craziness ensued and the more frustrated Dad got until one day he decided that even though he said "No More Animals" he loves them all and wouldn't trade them for anything. Based on a true story.

Posted by Unknown at 2:00 AM No comments: 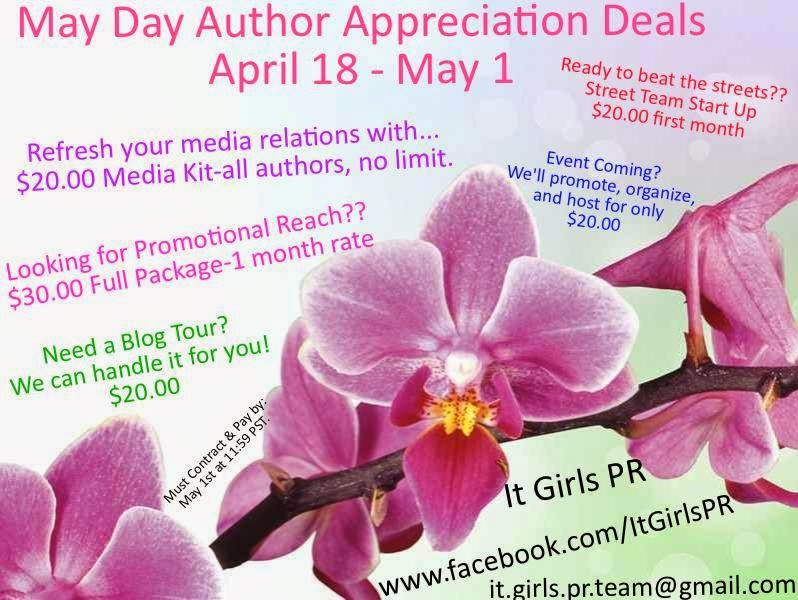 Your "go-to" marketing and advertising team!